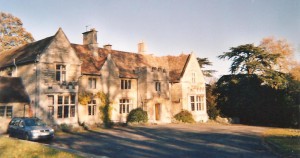 Having lived in Rushden all his life, Keith has always supported his home town.

For 25 years, ever since he took up art professionally in 1992, Keith held an Annual Exhibition in Rushden Hall, which dates back to the 14th Century and is set in 32 acres of beautiful parkland. The 9-day exhibition was held in the middle of November and became a staple in the town calendar, welcoming visitors from across the country.
Each year, local school groups were invited to use the exhibition as a means to learn about WWII history, meeting WWII veterans to hear their stories first hand of driving and flying the vehicles depicted in Keith’s paintings which set the scene. A 1940’s fire engine and Half Track were also present to bring the history to life.
It was in 2016, after much deliberation, that Keith decided to make the 25th annual exhibition the last, but don’t worry, he has no intention of giving up painting and his work will continue to be available direct from him via this website.

A few highlights from over the years include:

In 2006 the exhibition was designated a Mayoral Event, as the focal point of the Mayor’s Memorial Week. The Exhibition is opened each year in a public ceremony by the Rushden Town Mayor, also attended by local WWII veterans and distinguished visitors, both civilian and military. The young people of Rushden Air Training Corp welcome the visitors for the opening which gives an opportunity to say ‘Thank you’ to our local veterans during the month of Remembrance.

As part of the 60th Anniversary of VE Day celebrations, Keith was an active member in organising the Rushden ‘Party in the Park’ commemorative weekend.

This culminated in a service to thank the soldiers of WWII, both British and American, and a dedicated ceremony to name the new Rushden bypass ‘Liberty Way’ in memory of the 1600 American servicemen who lost their lives from the bases surrounding the town.

In his spare time Keith also teaches several adult Art classes in the local area. The classes welcome any ability, particularly beginners, and once a brief introduction to oils and perspective has been accomplished, attendees are free to paint any subject matter whilst getting instruction from Keith as required and sharing their interest in art in a group setting.

No tests or marks are given, it is the individual who assess their improvement and can use the class for relaxation and company as well as refining a developing talent.

Over the years the classes have held their own art exhibitions to display and sell their work.