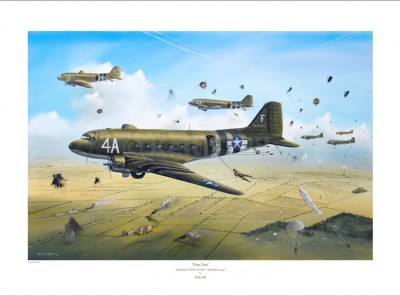 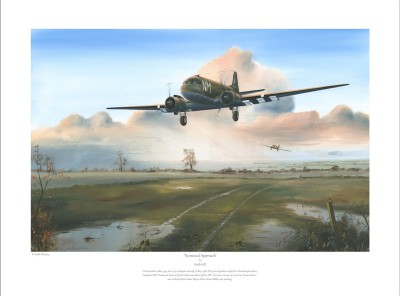 On December 18th 1944 two C47 transport aircraft, of the 315th TCG from Spanhoe airfield in Northamptonshire, landed at RAF Twinwood Farm to fly the 'American Band of the AEF' to France. It was on arrival in France that it was realised their leader, Major Alton Glenn Miller, was missing.
*Text as typed on the print border.
Print #7 in The Twinwood Collection.