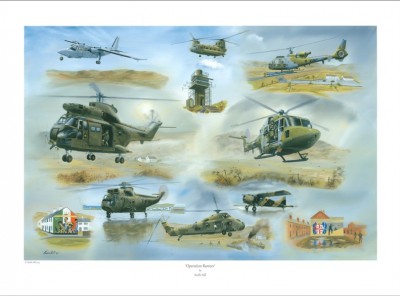 The original painting was commissioned by the RAF and Army Air Corps at RAF Aldergrove in Northern Ireland to mark the end of Operation Banner. All of the ‘troubles’ in N. Ireland came under Operation Banner which was the longest running operation in British military history.